Hooray! Incipio a real case and watch strap (Ling) for iPod nano iWatch! Now we can certainly say that this new offer will be sold with a great speed.

PR managers of Incipio admit that these straps are the best. Well, we need only to know their price ... but so far we've noticed only the following message: "Incipio offers new and unique design of straps for iPod nano iWatch. They are made of advanced polymer materials and are quite comfortable in use ...".

Thus, we can only hope that their price won't be pretty high for those users who are ready to buy one of them. 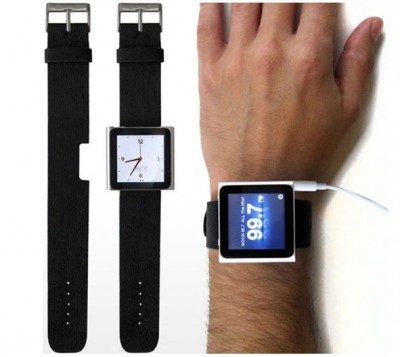 What happens when Apple introduces a square-shaped new iPod and adorns it with an analog watch face for a lock screen? A whole new cottage industry sprouts up, whereby entrepreneurial types dust off old and mostly worthless watch straps, cut out an iPod nano-shaped compartment in them, and charge you $19.99 for the privilege of turning your tiny PMP into a somewhat bulky wristwatch. The saddest part about this is that we've got a feeling they might be on to a winner here.

iWatch to Appear Next Week? 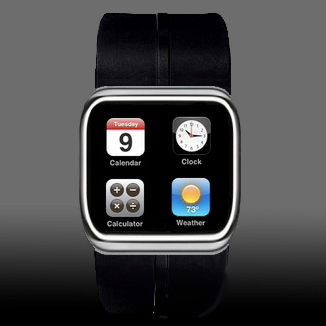 Every day we continue receiving new messages about the  iPod nano with 1.8 inch screen. Some users even think that Apple is planning to release a new wrist watch called iWatch. Although it does not mean that if it releases the device, all children will wear it on their wrists. The most interesting is that some users already wear their iPod nano on their wrists!

We suppose that the new device may sport FM radio or even a camera, though unlikely. It will be priced at $ 100 or less. Can we really wait for it next week? 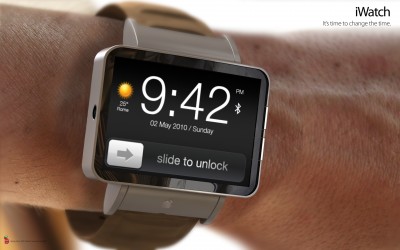 ADR Studio, which is an Italian design firm, recently tried to create another "Apple style product" and called it iWatch. As you see, it's a new kind of watch with aluminum casing, 16 Gb capacity and ability to connect to any mobile iDevice via Bluetooth or Wi-fi. The idea of iWatch is that it should answer calls coming to iPhone in your pocket, and internet access should allow reading RSS feeds and even viewing photos and weather. There is also a pico projector built-in to project images and videos.

More photos are given below.
END_OF_DOCUMENT_TOKEN_TO_BE_REPLACED