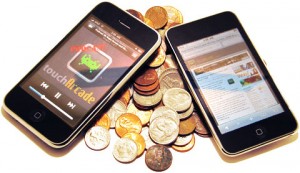 Here is what's on sale from Gameloft, Sega, Namco, Tin Man Games and Gamerizon. Take a look at these 77 games that are on sale this time:

END_OF_DOCUMENT_TOKEN_TO_BE_REPLACED

Videos of popular iPhone games running on the Apple iPad


SlideToPlay published several interesting videos where popular games are shown on the iPad in action. You can see games like Need for Speed Shift, Super Monkey Ball 2 and NOVA played on the big screen. Some of them are optimized for the bigger resolution, others are just a 2x bigger rendering of the exact same iPhone game you can buy now.

END_OF_DOCUMENT_TOKEN_TO_BE_REPLACED