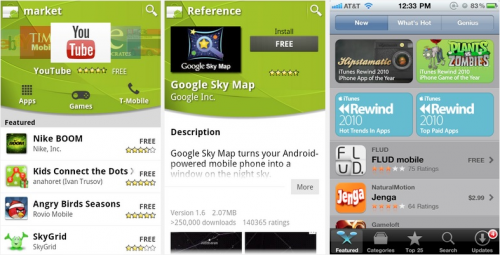 This week Google has released a new version of its client app for Android Market, which will work on any smartphone running Android OS 1.6 or higher.

The company aims to facilitate the process of discovering new software and its purchase. That's why new Android Market will have a Cover Flow-like style of app listings and include new categories like Widgets and Live Wallpapers, as currently the catalog is filled pretty much with these kinds of software. Besides that, app pages will now have more info and links to related content.
END_OF_DOCUMENT_TOKEN_TO_BE_REPLACED


DoubleTwist is the iTunes-replacement created by DVD Jon for music syncing to a multitude of devices, including the iPhone. It has built in integration for the Amazon MP3 Store. There are 5 million songs currently available.

Unlike iTunes, doubleTwist with Amazon MP3 support is Mac and US-only right now with a PC version coming soon. Sounds like iTunes needs some competition. 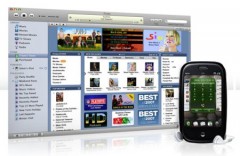 While the Palm Pre running webOS was initially able to sync directly with iTunes by presenting itself as an iPod. Later Apple disabled the functionality just last week with the release of iTunes 8.2.1.

The cat-and-mouse game between Apple and Palm continues today with release of Palm webOS 1.1. It brings many new features and improvements to the Palm Pre including restoration of iTunes media syncing. Here's a quote from for webOS 1.1:

Resolves an issue preventing media sync from working with latest version of iTunes (8.2.1).

PS: There is another method to enable Palm sync with iTunes called doubletwist.

DoubleTwist: sync your Palm Pre and other devices with iTunes [CNet Video]


Apple disabled the ability of non iPod/iPhone devices to sync with iTunes. Here is a work around: