It is free, here is an AppStore . Take a look at the photos here.


Rumors about original Skype for iPhone grow. It is now expected in a week. Here are some photos from cnet: 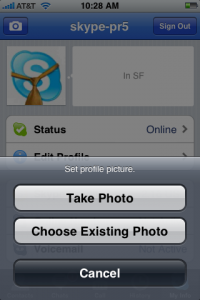 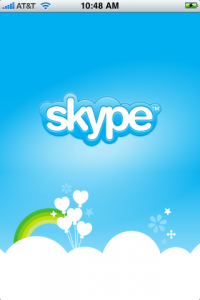 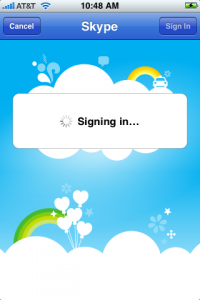 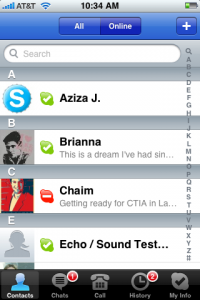 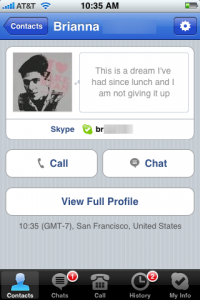 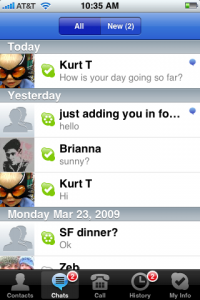 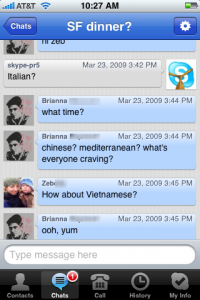 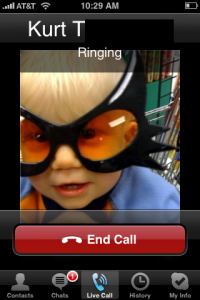 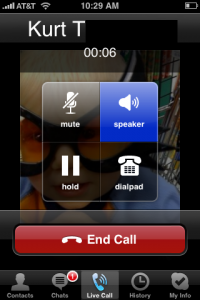 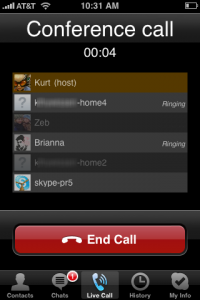 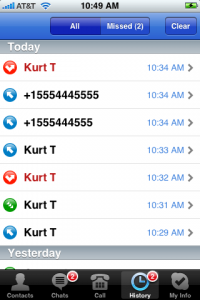 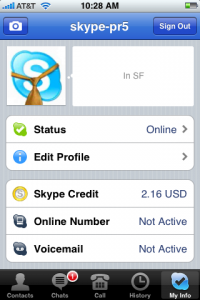 GigaOM reports that an iPhone version of Skype may be released as soon as next week, possibly at the CTIA Wireless trade show in Las Vegas.

A few months ago, I asked Skype CEO Josh Silverman when was he going to launch the iPhone version of the P2P voice and IM service that has now been downloaded more than 405 million times. He smiled and said, "Stay tuned." And so we did.

A tipster, a very reliable one, tells me that Skype is almost ready to launch that iPhone version, perhaps as soon as next week. CTIA Wireless, a large mobile industry trade event, kicks off in Las Vegas next Wednesday, so perhaps the announcement will be made there. I am working on getting more details, as well as screenshots of the service.

For now we can use Fring, which is free and works just fine.

This is a second application for Skype in AppStore. The first one is called and it is Free. The new application is called IM+ for Skype, released couple days ago and costs $9.99 ().

Here are some screenshots:

END_OF_DOCUMENT_TOKEN_TO_BE_REPLACED 
Here is an GigaOm interview, where CEO of Skype, Josh Silverman, speaks about Skype for iPhone

He didn't tell when, but it looks like he said yes.

Skype for the IPhone

There are so many posts everywhere on the internet about Skype and the IPhone. On each IPhone forum it is possible to find something similar to "Is there a version of Skype for the IPhone?". And the answer was NO. There are some workarounds, but it's not what users want. However there is a great possibility, that all IPhone users will hear quite soon "YES there is Skype for the IPhone".

Skype announced a beta mobile version. It will be possible to chat, receive and make calls to Skype users and more. And it was written in... Yes, Java. So when Java will be avaliable for the IPhone all the users will be able to use Skype.

More information about Skype Mobile can be found here.

You can find out more about iphone development at Oysterlabs.