As you may know, today Apple unveils its new lineup of MacBook Pros and has already shut down the Apple Store for some time. CNet reports the launch of new laptops will come "shortly after Intel's announcement" of its new Light Peak technology at 10 a.m. Pacific. That actually break's usual practice of Apple to release products at 8:30 a.m. Eastern.

However, before Apple unveils new MacBook Pro we decided to collect all the information gathered about new laptops into one single post so you could know what you can expect from today's announcement. 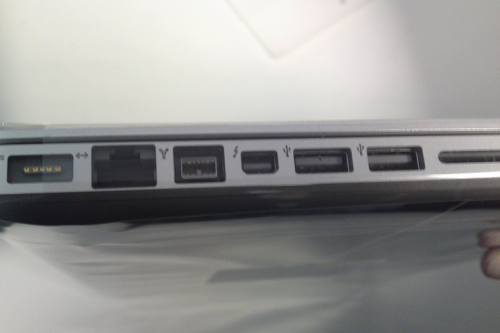 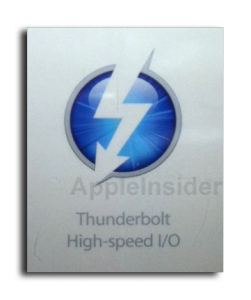 First of all, new Intel's Light Peak technology will be reportedly marketed by Intel as Thunderbolt, and its support will be included in new MacBook Pros. Thunderbolt connector will include both Mini DisplayPort and High-Speed I/O functionality, which means that Intel may have adopted Mini DisplayPort standard of Apple after it received objections to the use USB connectors as combo connectors.

Cnet reported that 15- and 17-inch models will have discrete graphics chips from AMD that will augment Intel's integrated graphics. 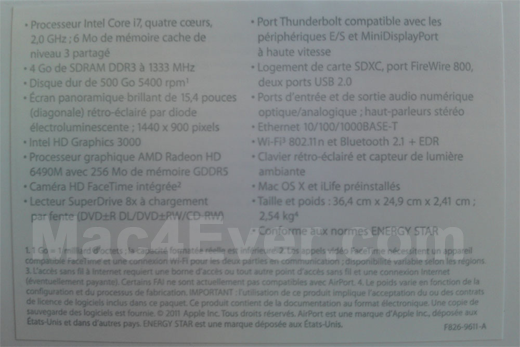 Mac4Ever assures this is "without doubt the entry or mid-range" model, as the graphics chip has only 256MB of memory. However, the site wasn't always correct in its predictions about Apple's new products, so we cannot be sure the above-mentioned information is somehow correct. 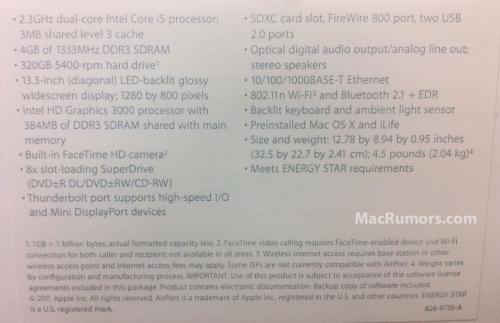 The specs of 17-inch model are still unknown.