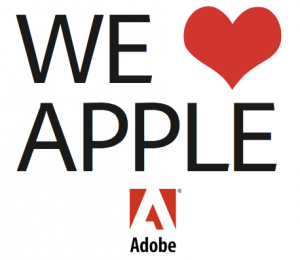 Last week Ars Technica test found out that the MacBook Airs battery life was reduced by up to two hours when Flash was installed. But the Adobe CTO Kevin Lynch believes that it is impossible.  In his interview to Fast Company he claimed that reports of Adobe Flash causing reduced battery life are a “false argument.”

“When you're displaying content, any technology will use more power to display, versus not displaying content. If you used HTML5, for example, to display advertisements, that would use as much or more processing power than what Flash uses”, -  Lynch explained.

Moreover, he blamed Apple in inciting and condoning a negative campaign against Flash. Earlier this year, Jobs spoke out against Flash in an open letter, labeling it unfit for the modern era of low-power devices. And as a result, the MacBook Airs and Macs are shipped now without Flash pre-installed.