All you need to know about new iOS 4.2

Finally, Apple released their rumored iOS 4.2. Here is a list of the new features and improvements added in this firmware: 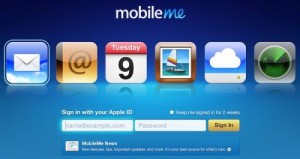