« Free Pass for MWSF2011 Is Available!
Speaking About Reasons of Apple's Actions » 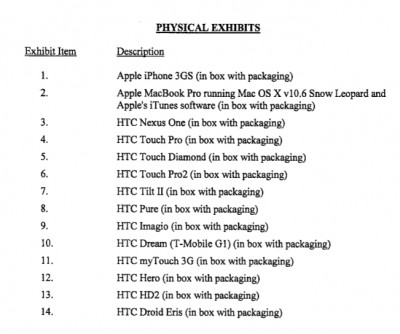 Yesterday morning began with shocking news about lawsuit that was filed by Apple against HTC. As it turned out, Cupertino's company is accusing smartphone manufacturer of infringing 20 Apple patents tied to the iPhone. Google Nexus One, Droid Eris, T-Mobile G1, Touch Pro2, Touch Diamond and the Imagio are listed as exhibits in the litigation.

Copies of the suit can be read and . Short list of patents at issue is under the cut.

Stay tuned for the hottest news about the details of the Apple vs. HTC confrontation!

« Free Pass for MWSF2011 Is Available!
Speaking About Reasons of Apple's Actions »