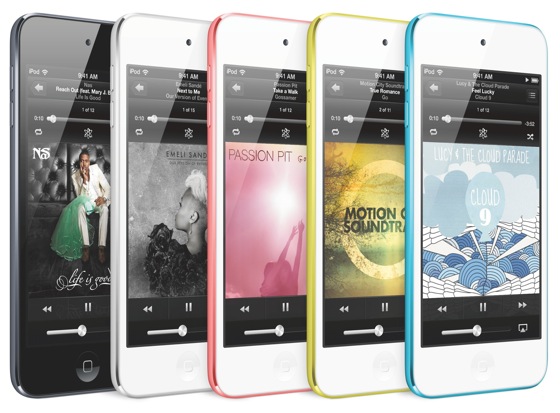 Today at its media event Apple updated the iPod touch lineup to a fifth generation model that includes the same 4" screen as the new iPhone 5. At only 88 grams and 6.1mm thin the new iPod touch is lighter than all previous iPod touch models. The new model incorporates the A5 processor.

According to Apple, the new iPod touch offers eight hours of video and forty hours of music playback, which is slightly longer than in 4th generation iPod touch. Apple has upgraded the back camera that now is backside illuminated and features 5-megapixel, f/2.4, 5-element lens and the sapphire crystal lens cover. The front camera is also improved to a 720p camera. The new iPod touch includes Siri and supports the new Panaroma functionality.

There is also a new element on the back of the new device called the Loop that is intended to attach a wrist-strap for more security. 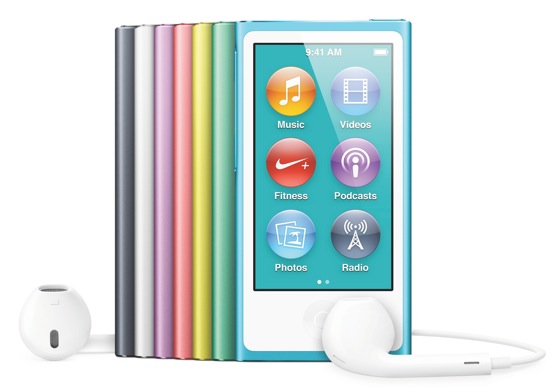 The new model comes in seven colors and will go on sale in October for $149.