Apple Begins Putting Up Banners Ahead of WWDC Keynote 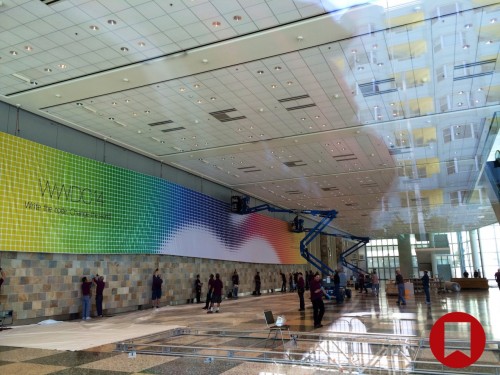 The tagline for this year's WWDC is "Write the code. Change the World" and we expect more banners to be going up shortly that will give hints as to what we can expect from Apple (Last year, we saw iOS 7 banners go up and Mavericks banners as well).

Apple’s WWDC conference kicks off on June 2nd at 10:00 a.m. PT. Both Mac OS X and Windows users will get the opportunity to watch the keynote online. Thanks, Apple!