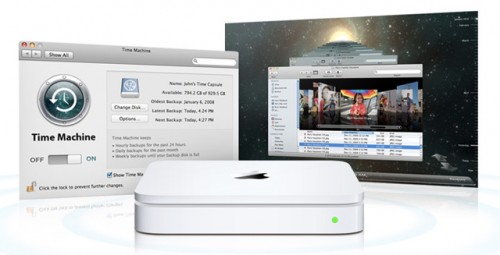 AppleInsider claims that Apple is expected to adopt and start supporting the new faster 802.11ac Wi-Fi specification into products this year.

The new 802.11ac standard achieves much faster wireless networking speeds than the existing 802.11n specification (in use on the latest Mac, AirPort and iOS devices) by using 2 to 4 times the frequency bandwidth (from 80 to 160MHz), more efficient data transfers through sophisticated modulation, and more antennas (up to 8; existing standards support up to 4, while Apple's Macs currently use up to 3).

This "Gigabit WiFi" offers speeds 3 times as fast as existing 802.11n wireless networks can with speeds of over 1 Gigabit per second.

Interestingly that despite the fact that the specification has not been finalized, Broadcom has already announced a family of chips supporting 802.11ac Wi-Fi. Rumours claim that the final specification is expected to be certified in the second half of this year.

Apple and other manufacturers have been known to deploy un-finalized wireless technology in the past. Apple deployed 802.11n in new AirPort base stations years before the official standard certification.