Apple continues letting notch-masking apps to the App Store. Last week Apple already approved an app of that kind and now another one has been added to the App Store. It’s unlikely for the company that usually makes changes and don’t give a chance to the customers to step back, but here we are. 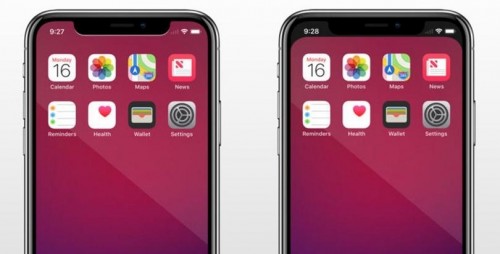 The top notch is the most controversial thing in the iPhone X and not all users like it. The notch-removing apps seem to contradict the rule Apple wrote in Human Interface Guidelines for developers, that says not to try to hide rounded corners or the notch:

Don't mask or call special attention to key display features. Don't attempt to hide the device's rounded corners, sensor housing, or indicator for accessing the Home screen by placing black bars at the top and bottom of the screen.

Nevertheless, Apple let the notch-hiding software take its place in the official repository. Apps like that will hide the distinctive feature of iPhone X, making it look like other smartphones, but if you don’t care and are not excited with the top notch, you now can hide it with a software.