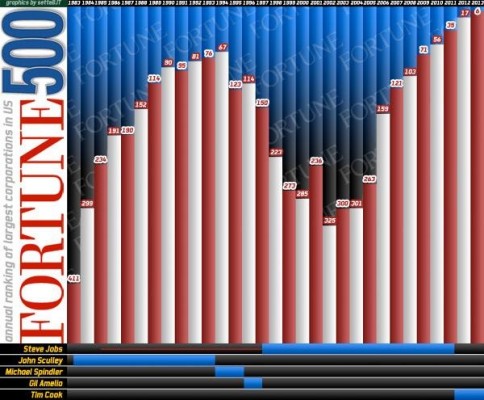 Today Fortune its new Fortune 500 list, an annual ranking of the largest companies in the U.S. ranked by revenue. In the new list, Apple has risen to from its 17th spot in the last year’s rankings.

Wal-Mart retook the top spot in this year's rankings edging out ExxonMobil. Phillips 66, Berkshire Hathaway and Chevron have ranked ahead of Apple with $156.2 billion in revenue. In terms of profits, Apple ranked second among companies in the Fortune 500 list at $41.7 billion, trailing ExxonMobil with $44.9 billion.