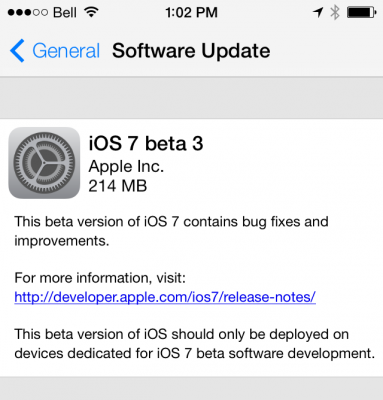 Apple has just released iOS 7 beta 3 firmware for developers. it is not known yet what's changed, however it probably includes bug fixes and performances enhancements (what's new is available here).

Update: The update is safe for non-developers without a UDID using the 'update' trick. Tutorial is here.