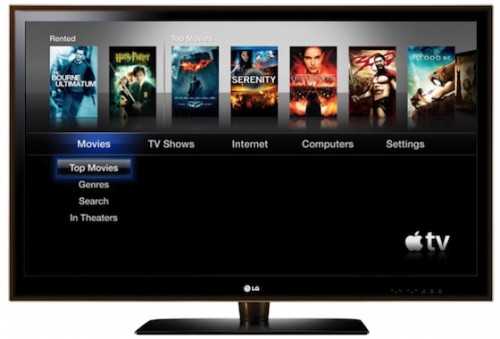 The most long-standing rumors regarding Apple's future products are rumors about television sets. The Australian site Smarthouse reported last month that Apple was in discussions with LG about producing a panel for a 55-inch TV based on OLED technology.

The Korea Times now reports that these rumors are groundless.

“It’s true that Apple has keen interest in TV, allowing users to stream music, videos and TV shows via iTunes, though that needs some iPhone and iPad integration, however, Apple is still pessimistic about using OLED displays,” said one source.

“Because Apple is worried over higher costs and technology-related issues linking to large-sized OLED displays, it is groundless that Apple has asked LG Display to supply its OLED screens for its upcoming televisions,” added the source.

Sources also added that Apple is likely to stick with more proven LCD technologies for any such television products.

“Apple has no interest in using OLED screens on its popular devices. The upcoming iPad 3 will also adopt picture quality-enhanced LCD screens, while the next iPhone will follow suit. Three or four more years will be needed to see OLED-embedded digital devices from Apple,” said a top-level executive from one of Apple’s suppliers.