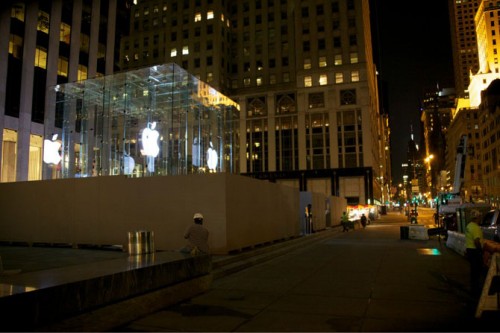 A popular fan site IfoAppleStore, which tracks Apple's successes in retail, that Apple started a new and expensive rejuvenation project at its Fifth Avenue store. This is the same store in New York that attracts so many people with its iconic glass cube entrance.

"Permits issued by the city’s Department of Buildings confirm the company will spend $6,661,050 to completely remove the glass and its sophisticated connection hardware, make upgrades to the surrounding plaza structure, and then “reinstall” the cube. There is no indication of why the cube is being replaced, either because of safety concerns or simply to upgrade it to current technology. It’s also not clear if the glass panels or the TriPyramid Structures Inc. hardware will be replaced with new, upgraded versions."

As you can see, workers already started to cover the Apple's store up with a plywood wall. The rejuvenation is reported to be completed in early November and, according to permits, will include removing protective bollards, reinstalling surrounding water drains and installing new pavers around the perimeter of the cube.

The cost of the rejuvenation almost matches to the sum Apple paid back in 2005, when the company assembled the glass cube entrance. 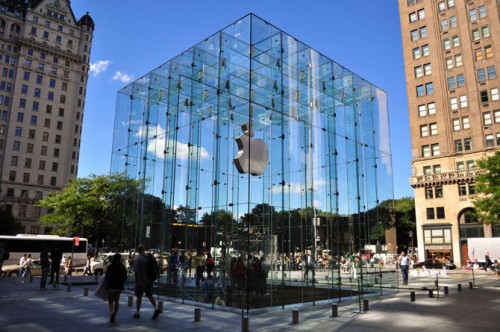