« Rumors: Apple Turns From Samsung To Other A6 Processor Manufacturers
Amazon Plans To Launch Tablets For “Hundreds Less” Than iPad » 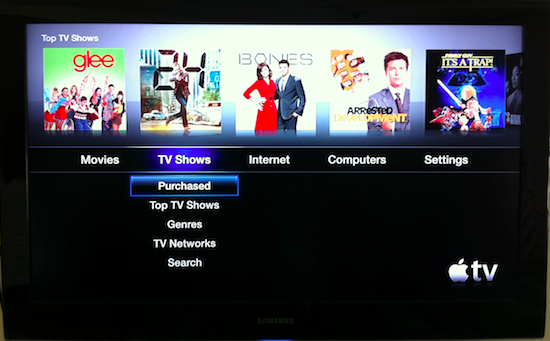 Apple stated to that offering of TV show rentals via iTunes was discontinued. Now users can only buy full episodes for just a dollar more than the previous rental price. The main advantage of buying full episodes is the possibility of re-watching them as many times as you want.

iTunes customers have shown they overwhelmingly prefer buying TV shows, Apple spokesman Tom Neumayr said. iTunes in the Cloud lets customers download and watch their past TV purchases from their iOS devices, Apple TV, Mac or PC allowing them to enjoy their programming whenever and however they choose.

Users can buy full TV episodes through little black box, stream them to the Apple TV for the first viewing, and stream the episodes again from the cloud for future viewing.

Apple began to offer TV show rentals last September, but the rental price was too low for networks and they were reluctant to participate in the program. Last September Warner Brothers’ CEO said that $2.99 TV show purchasing model via iTunes is more profitable to his company than rental model.

« Rumors: Apple Turns From Samsung To Other A6 Processor Manufacturers
Amazon Plans To Launch Tablets For “Hundreds Less” Than iPad »