According to the latest report shared by Chinese insiders close to Foxconn, Apple may soon unveil the smaller iPhone with colorful metal body. In particular, the sources believe the company may announce the smartphone dubbed as the iPhone 6c in January and start selling it in February. This new device will get the support of Touch ID fingerprint sensor, but lack the support of 3D Touch technology used in the iPhone 6s and iPhone 6s Plus released this fall. As to the price of this mysterious device, it is expected to be around $500-600. 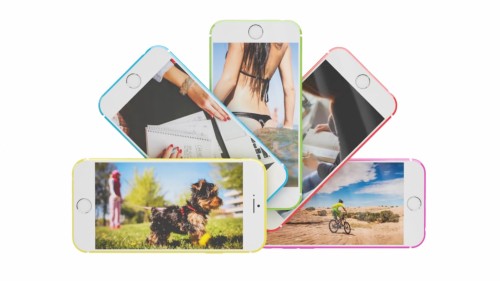 Below you may find the confirmation of this rumor from reporters:

A new rumor from China predicts that Apple will launch an iPhone 6c with a 'colorful metal body' in February.

It's said that Apple is likely to unveil the iPhone 6c in January and release it in February.

As to the other specs for the upcoming 4-inch iPhone, they include an A8X processor, 802.11ac Wi‑Fi, Bluetooth 4.1 and a better FaceTime camera.

Apple hasn’t yet commented on the rumors about the smaller iPhone and its release date, however, many reliable analysts say that the handset is nearly finished and may be publicly announced pretty soon.