Christie's auction will soon sell a rare customized Apple-1 computer. The estimated value of the machine is about $300,000 to $500,000, but since the model is extremely rare and unique, that amount can grow several times. 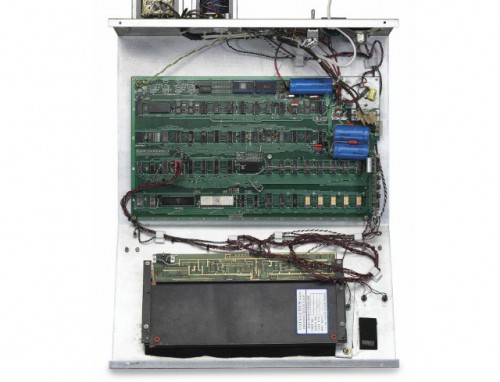 The customized Apple-1 computer has 12 kilobytes of RAM and a special 1702 EPROM memory chip. The auction will take place on June 15.

The unit not only has a green metal casing, but 12 kilobytes of RAM —three times the original amount, Christie's said. Also added is a 1702 EPROM (erasable programmable read-only memory) chip, which allows the computer to run programs immediately after booting instead of waiting for them to be shuttled into RAM.

Apple-1 was assembled by Steve Wozniak and Steve Jobs and sold for $666.66. To use the computer, customers had to buy the casing, keyboard, monitor, and power supply on their own.

About 200 Apple-1 machines were built. Currently, most of these computers are either destroyed, or preserved as collectors’ items.