Developer Access To UDID In iOS 5 Was Phased Out 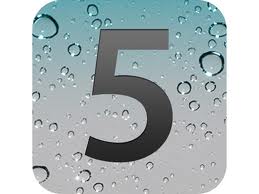 According to , Apple has introduced an interesting change in iOS 5, preventing developers from accessing a Unique Device Identifier (UDID) in a device. Instead, Apple recommends that developers create unique identifiers specific to their apps.

This is serious issue for any game networks, mobile ad networks or any other app which utilize the UDID to identify users and record information about their actions. The change means that app publishers have to throw away all historical data about their user and start recording afresh.

Apple and some app developers have already been sued for using UDIDs. The UDID can’t be tied to a specific user, but data linked with a device can be delivered to advertisers that use this information to target their ads. Using UDIDs, advertisement networks can determine what apps were run on a specific device, which allows them to put together a valuable picture about activity performed on a given device. And it seems that by terminating access to UDID Apple addresses that issue, moving identifiers to the app level to restrict the ability to get such a full picture.