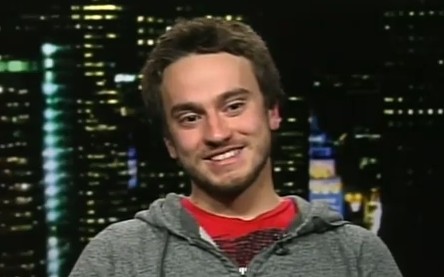 Famous hacker George Hotz (aka Geohot) was arrested and charged with felony marijuana possession while en route to SXSW conference.

Hotz was on his way to give a talk at SXSW, when he had to pass through a border patrol checkpoint in Sierra Blanca. According to a source familiar with the case, Department of Homeland Security officers brought drug dogs to each car. When the dogs barked, Hotz (and his passengers) were pulled over for more searching.

Hotz has a medical marijuana license in California, where he lives, our source says. In the car's glove box, Hotz apparently had 1/4 oz. of marijuana and chocolate edibles equivalent to less than 1/8 oz. of the drug.

Above the Law's source said the local sheriff took the entire weight of the chocolate as the measure of pot, valuating it at $800 instead of the $15 Hotz paid for it. Hotz was booked for a felony and posted $1,500 bail.

Eventually he made it to SXSW and gave a presentation.