IGZO Displays for iPad - Why Not?

Apple is said to use Sharp or LG IGZO displays for the next generations of MacBook and iPad starting next year. Enhanced performance of those screens alongside with lover energy consumption are two main reasons for such a shift. As to the technology itself, here’s what I managed to learn from Wikipedia: 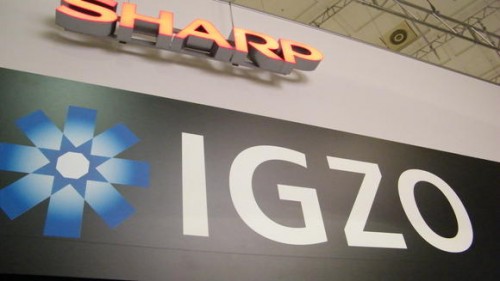 Indium gallium zinc oxide (IGZO) is a semiconducting material, which can be used as the channel for a transparent thin-film transistor. It replaces amorphous silicon for the active layer of  an LCD screen, and, with a forty times higher electron mobility than amorphous silicon, it allows either smaller pixels (for screen resolutions higher than HDTV) or much higher reaction speed for a screen.

But whom would Apple prefer - Sharp or LG? If to take into account the fact, that Apple has been working with Sharp previously and it still successfully works with this company, well, the answer seems to be quite obvious. Apart from that, Sharp has already began mass production of something what could be new Apple displays, so, as they say, there’s no going back.

According to Korea’s IT News report, new MacBook, equipped with IGZO screen, could be released as early as 2014, however, if to speak about iPad -  it is still only in plans.