Install Android on your iDevice 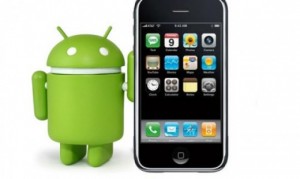 For those who like experimenting or just want to see what Android is like on iPhone, iPad, or iPod Touch, the team iDroid project managed to adopt Android operating system for Apple’s devices. According to the project leader, Nick Pack, a solution is not yet ready for prime time.

Work on the A4 port started late last year, but progress was slow due to there being a lack of skilled developers on the team to work on it. In the recent few weeks, the port has accelerated drastically. The 3GS port was started a couple of months back but lessons learned from the A4 port helped to bring it inline quickly. Due to the nature of the project, it is completely impossible to estimate just how long these things take. This is mainly due to the sheer volume of reverse engineering that has to be done, but we are working with largely undocumented and uncommon hardware so it comes with the territory.

Pack says he things the work is at about 60%, so don’t give up hope. Further, given Android’s fairly poor upgrade support on handsets, you might still be running just as high or higher of a version of Android on your iPad as most Android device owners. But for what?