iPad 5 will probably look like a big iPad Mini 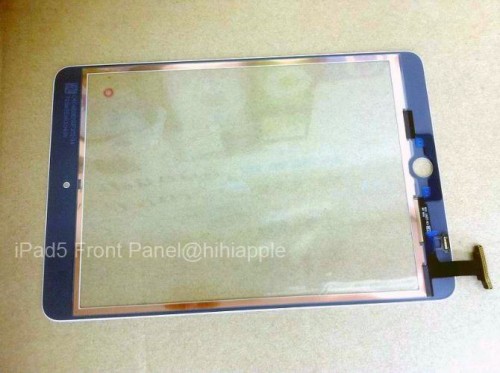 A photo of the glass front panel for the iPad 5 has allegedly leaked online, reports Apple.pro. The image was posted to photobucket by hihiapple.

As expected the panel features a bezel similar to the iPad mini with narrow sides. Recently a video was leaked (see below) showing several cases supposedly manufactured for the iPad 5. Those also featured the same design.

The Loop's Jim Dalrymple has posted his thoughts on WWDC repeatedly stating that Apple will not announce a new iPhone or iPad at the event; however, some are still hoping that Apple could surprise us.