iPad Mini Will Look Like A Larger iPod Touch 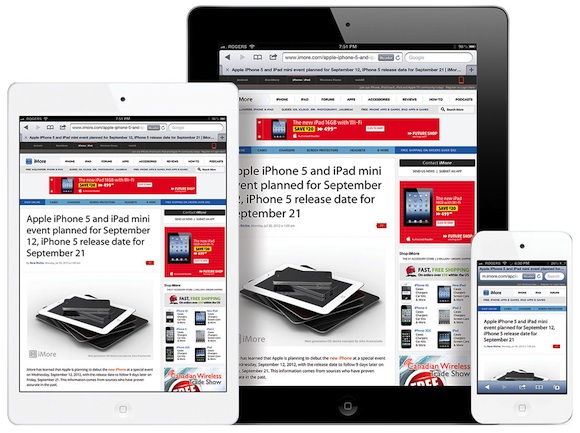 Today 9toMac that according to its sources the iPad mini will look like a larger iPod touch with skinner bezels on the sides paired with thicker bezels at the bottom and top of the device.

“This iPod touch-like design makes a lot of sense for a number of reasons. For one, when compared to the Nexus 7 (and Kindle Fire, Galaxy Tab 7, RIM Playbook, etc.), this would give the iPad mini a similar, “purse-able,” and “big pocket-able” form factor but with a larger 4:3 display. The lack of a bezel on the sides will make it easier to hold too”.

The report speculates that the smaller iPad will include a front-facing camera and some models will likely offer LTE connectivity. Also it said that a lack of part leaks for the device suggests that the iPad mini may not be ready to launch in late September/early October timeframe.

The second report on the iPad mini’s design today iMore, which backs up the 9to5Mac’s report and adds some new information and a rendering of the device.

“Based on several sources, I believe that design to be an accurate representation of what the iPad mini will look like. In addition, it's my understanding that it will be the exact same thinness as the iPod touch, which is substantially thinner than the 9.7-inch iPad. The quick mockup [above] shows what I believe are accurate proportions for the iPad mini compared to the 9.7-inch iPad and the current generation iPod touch 4.”