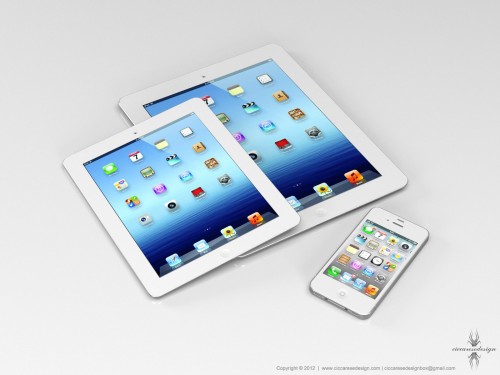 "We had previously expected a smaller iPad in March 2013, but believe the Street generally expected the device this year. We now believe AAPL could sell 4-6 million of the smaller devices in the December quarter, which would be about 20% of total iPad sales in the quarter. Strategically, we believe the launch of a smaller screen, cheaper iPad eliminates the two biggest unique features for Android tablet makers: size and price. Longer term, we remain confident that Apple will maintain a majority, and potentially increasing, share in the tablet space. We reiterate our Overweight rating."

Both the WSJ and Bloomberg have confirmed rumors that Apple plans to release an iPad mini this year.

One Response to 'iPad Mini will probably cost $299'