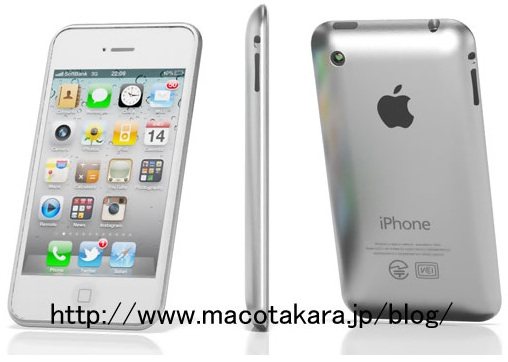 GadgetsDNA reports that a radical new design is in the works for iPhone 5. According to a Chinese source, Apple will be moving back to an aluminum casing, just like old iPhone 2G.

The antenna will also be redesigned which means Apple will also be abandoning the current external iPhone 4 antenna design.

According to a Chinese source, Apple is changing the rear part of iPhone 5 to aluminum which was used for first iPhone’s instead of glass or might adopt the design similar to iPod touch 4G, after facing lots of issues with white paint and scratches on rear glass surface, reported Taiwan’s Economic Daily News.

Decision to design iPhone 5 similar to iPod touch instead of using glass was arrived after receiving number of complaints. Apple seems to stop damages from scratching, issues after painting it white (for white iPhone 5), weight of glass and want to make it more durable instead.

Antenna will be designed just behind Apple Logo so that cellular and Wi-Fi signal can penetrate easily. Side exposed steel antennas seem to be abandoned, as designed in iPhone 4.