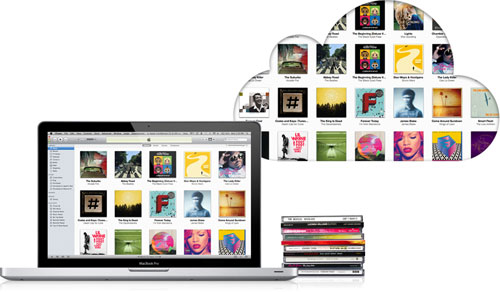 The president of TuneCore Jeff Price a blog post praising iTunes Match service for generating money "out of thin air" for owners of copyrights. Apple’s iTunes Match launched in partnership with all major recording studios, but some small studios refused to cooperate over concerns that the iTunes Match was legitimizing music piracy. He says:

Price tells that Apple keeps 30 percent of revenue from iTunes Match for itself – the same percentage Apple keeps from App Stores and the iTunes. The remaining 70 percent is divided: 88 percent going to recording studios and 12 percent are going to songwriters. The royalties are divided among artists depending on how many times their songs (no matter uploaded or matched) were accessed via iTunes Match.

Price and other record industry executives are thrilled with iTunes Match. Artists are not only paid some money for pirated music, but are paid twice for legitimate song purchases. If a listener buys a CD, copies it to their computer and uploads it to iTunes Match service, the recording studio will receive revenue for the purchase and the small percentage from iTunes Match.