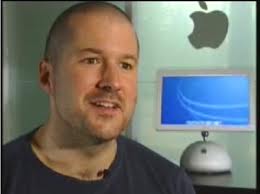 Wired UK, Apple head of design Jonathan Ive took part in a session yesterday at the Global Business Summit where he shared some of his thoughts about the creative process at Apple. While he had previously on design, his comments yesterday give a better idea of how things work at the company. He said:

"To me I still think it's remarkable that at a point in time on a Tuesday afternoon there isn't an idea and then suddenly later on there is an idea. Invariably they start as a tentative, barely-formed thought that becomes a conversation between a couple of people".

He said Apple then creates a prototypes based on the idea and that is the time when the idea undergoes “the most incredible transition”.

"You go from something tentative and exclusive to something tangible and -- by nature of it being a thing -- a table of people can sit around it and start to understand it; it becomes inclusive and it galvanises and points to a direction for effort".

Ive also reiterated several statements that have been often quoted by Apple’s execs, saying that good is the enemy of great and that Apple says “no” to a great number of good ideas in order to be able to focus all its efforts on a few selected ideas.

Ive also mentioned return of Steve Jobs to Apple in 1997, saying that he brought a fresh perspective to the company that started focusing on creating great products rather than focusing first on making profits.

"We are really pleased with our revenues but our goal isn't to make money. It sounds a little flippant, but it's the truth. Our goal and what makes us excited is to make great products. If we are successful people will like them and if we are operationally competent, we will make money".