A couple of new images showing what appears to be a refurbished Galaxy Note 7 have been recently spotted on the Internet. Earlier this year, Samsung revealed that it plans to release a special version of the 2016 flagship with smaller and safer battery in select counties. 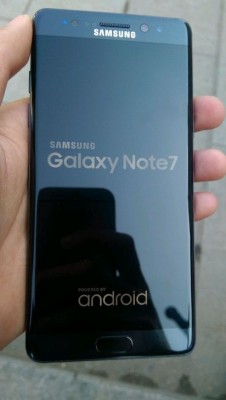 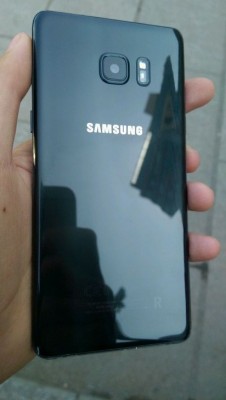 The photos depict a smartphone called the Galaxy Note 7R, where the “R” stands for refurbished. Externally, the device is nearly identical to its unsafe predecessor, the only difference is the inconspicuous “R’ letter on the rear shell of the phone.

Samsung says the new Galaxy Note 7 is totally safe as the battery has been made physically smaller. The capacity is smaller as well, 3200 mAh instead of the 3500 mAh in the original Galaxy Note 7.

As for the other specs, the Galaxy Note 7R is identical to the last-year model.

It is unknown when and where Samsung is going to start selling the refurbished Note 7. Some sources claim the handset is already available in China, but the South Korean tech giant is yet to confirm this information and announce the official launch of the device.