Mac OS X 10.7 Lion Will Have Some of the iOS features 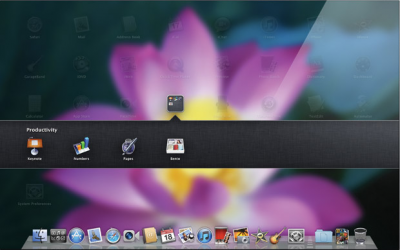 As it was announced by Steve Jobs on the "Back to Mac"event, the next version of Mac OS X is dubbed as "Lion" and will come next summer, bringing some of iOS features to the platfrorm. According to Apple, Lion is being developed with taking into account the innovations that iPad brought with its software:

"Lion brings many of the best ideas from iPad back to the Mac, plus some fresh new ones like Mission Control that Mac users will really like. Lion has a ton of new features, and we hope the few we had time to preview today will give users a good idea of where we are headed."

So here are the features that were showed on the sneak peek at the "Back to Mac" event:

Mac App Store is pretty similar to the App Store for iOS, as it also has one-click downloads, and paid and free downloads, and revenue from selling the app is shared with its developer. The apps downloaded from the App Store will automatically update and be licensed for use on all personal Macs.

Apple reveals that discovering, installing and updating apps for Mac will be as easier than ever. Mac App Store will become available in 90 days for Snow Leopard and will be included in Lion as soon as it will be shipped.

This is a new feature that allows users to view apps and windows running on a Mac and then navigate instantly to any of it. It incorporates the next-gen Expose with presenting all windows and apps (which are clustered by its similarity) alongside its thumbnails.

LaunchPad will help to find and launch the desired app as easy as ever before. It will allow to see all the apps installed on your Mac by one click on the Launchpad icon in the dock, making it similar to the Home Screen on iPad. The apps may be organized in any way you want.

Next version of Mac will also support full screen applications. Only one click will be needed to enter full screen mode, and only one swipe of trackpad - for switching from one full screen app to another (or back to the desktop).

With respect to the multi-touch support, Jobs said the touchscreens can't be successful when they are in front of the user, so no support of that will be developed for Mac, and the latter will stick with the Magic Mouse and trackpad.

"This is how we're going to use multi-touch on our Mac products". 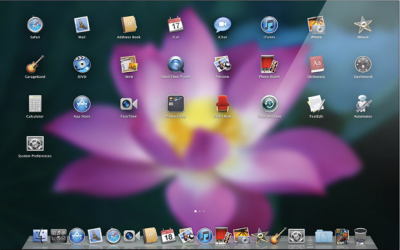 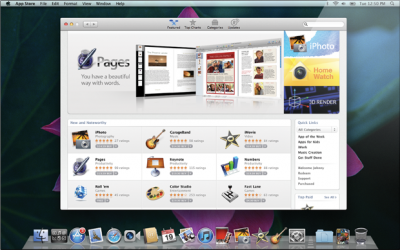 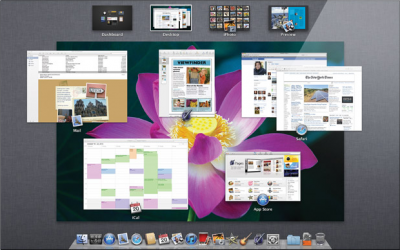 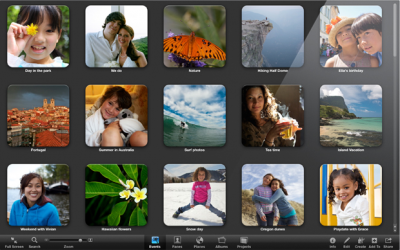