A research firm called IHC has recently torn down Apple's new iPad Air 2 to find out how much money the guys from Cupertino spend on the hardware for their flagship tablet. As usual, the net cost of components is much lower than the actual price of the device, however, we should not forget that this cost does not include the price of assembly, transportation costs etc. Anyway, the experts claim that Apple spends about $275 on the 16GB version of the iPad Air 2, which is one dollar more than the net price of the last-year iPad Air. Keep in mind that this is the basic model; all the other are more expensive to assemble. 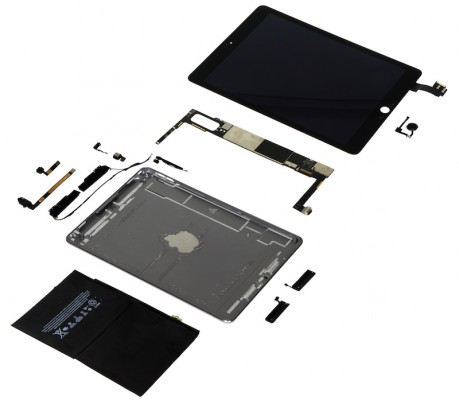 The latest report from the research firm IHS, due later today and shared exclusively with Re/code, shows that the base model of the iPad Air 2, the 16 gigabyte Wi-Fi version, which sells for $499, costs $275 to build, exactly one dollar higher than the previous base model. The top-end model, the 128GB LTE version, which sells for $829, costs $358.

Apple’s second-generation iPad Air was officially unveiled at a media event on October 16th. The tablet can boast of a number of important improvements, namely, a faster A8X processor, better display, Touch ID and more.