Over 10% Of Mobile Phone Users In U.S. Own An iPhone 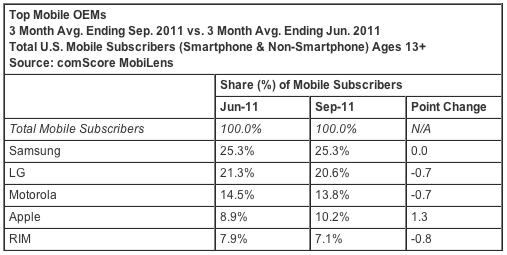 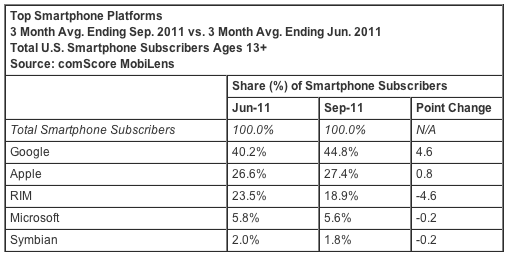 comScore tracks current user base rather than sales of new handsets and compared to other studies, this is more reflective of real mobile phone usage, but slower to react to shifting trends on the market. It should be noted that comScore's data covers the third quarter and doesn’t include any growth from the iPhone 4S release in mid-October.