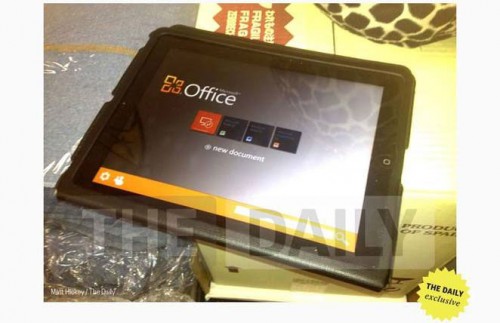 Last month, Microsoft Product Manager in the Czech Republic said that the new version of tthe Office for the iOS can be launched by March 2013. Microsoft spokesman refused to tell the exact date, saying that the Office would "work through the Windows Phone, iOS and Android."

Rumors about Microsoft Office for the iPad have been curculating in the past year, and the picture showing the application installed on the iPad was surfaced in February. At the end of May, it was reported that the Office was slated for the release on November 10, but it was later revealed that this whould be impossible.

If you need to recover Office password we recommend to use software from www.passwordlastic.com