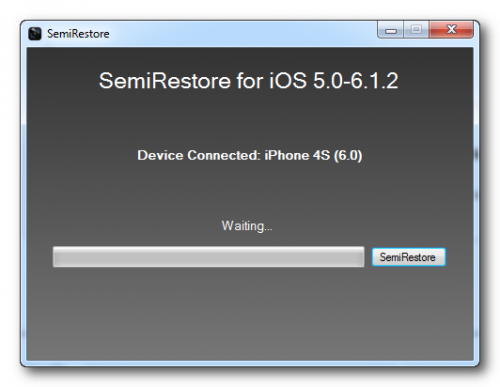 Notes:
● SemiRestore supports Windows XP SP3 or higher, OS X 10.6 or higher, and Ubuntu 12.10 or higher (or the equivalent Linux).
● There may be a better way to fix your current problem. For example, to fix "Safe Mode" issues, you can just uninstall Mobile Substrate from Cydia.
● Like any other restore, make sure you backup your data if you want it later.
● Avoid using your iOS device or anything related to iTunes or XCode during the Semi-Restore. Why not actually go outside?
● This process can not and does not repair broken system files! Avoid all Siri Ports, as they are not only illegal (except for Spire on 5.0.1) but they also create problems and may potentially break system files (even Spire can cause this).
● Your device will respring or reboot several times during the Semi-Restore. This is perfectly normal, so don't panic.