Sharp to Supply Apple with OLED Displays for Future iPhones

According to the latest report from Bloomberg, Apple wants Sharp to supply OLED displays for future iPhones. Earlier this week, Sharp announced that it will invest $556 million in the development of new OLED manufacturing facilities. If the company produces enough components for the launch of new iPhone, Apple will surely agree to partner with it as it seeks to diversify its supply chain. This is not the first investment in the new OLED technology, nor the last one. 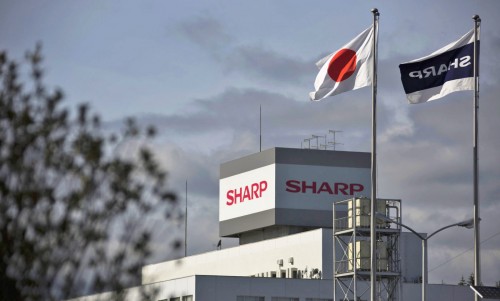 Apple is looking to increase the number of suppliers it has for OLED screens. Earlier today Sharp announced it would invest 57.4 billion yen ($556 million) to develop OLED production facilities. Output is set to start in June 2018.

The next-generation iPhone may become completely different from its predecessors. Apart from the OLED display, it will reportedly get a glass body, better camera and a brand new design. Hopefully, Apple will also add a larger battery, more RAM and some other enhancements.