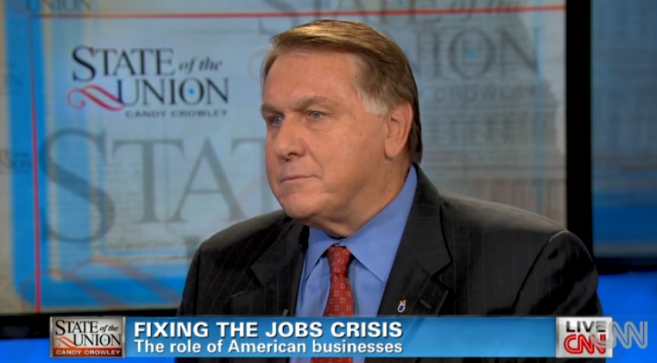 Recently in an on State of the Union of CNN channel, Jim Hoffa, International Brotherhood of Teamsters Union President, claimed that Apple is unpatriotic as it outsources manufacturing in other countries.

“Look at Apple, they have $76 billion dollars in their checking account, and they’re not spending it… instead of investing here, everything they do is in China, or in Asia somewhere… There’s something wrong with that”.

Jim Hoffa urged Barack Obama to “challenge the patriotism” of US companies for outsourcing outside the country in his forthcoming jobs speech. Also he proposed changing tax rules to start spending part of that money in US and create jobs for Americans.

However, it is unlikely that Apple would stop outsourcing manufacturing to Taiwan-based Foxconn (that is expected to ship 20 million iPad 2 units in Q3), Tucheng and other overseas companies, because Apple’s growth and success depends on offering competitive prices on the global market.

Also Apple was recently for lobbying tax holiday to repatriate income it has gained in other countries.