« Apple to Launch Apple Pay in Canada in November?
Suppliers in Brazil and Vietnam Now Produce Cables for Apple »

iOS or Android? This simple question can easily make calm and patient people nervous, angry and even aggressive. The controversy between the supporters of the rival platforms is perfectly displayed by millions of jokes, funny pictures and humorous videos found on the Internet. However, from time to time the aforementioned question drives people mad and makes them stab each other with broken beer bottles. 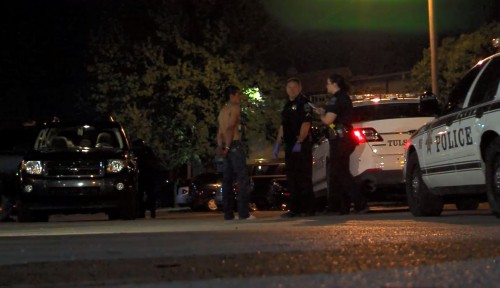 This is exactly what happened in Tulsa, Oklahoma earlier this week. Two men were reportedly drinking beer and arguing over their smartphones. This argument led to quite serious injuries and the hospitalization of both men.

Two men have been hospitalized after stabbing each other during a fierce debate over which phone is better, iPhone or Android, reports KTUL. Alcohol is said to have played a role in the altercation.

Both men are being treated for their injuries at a local hospital. Police are not sure if they will place charges at this time and did not respond when asked which platform was better.

Have you ever had an argument over the operating system of your smartphone? If so, describe it in more detail below this post. Remember: you should never prove your opinion by punching your opponent to the head.

« Apple to Launch Apple Pay in Canada in November?
Suppliers in Brazil and Vietnam Now Produce Cables for Apple »