What to Expect from WWDC 2016: Rumors Roundup

As it was already mentioned on our website, Apple’s Worldwide Developers Conference will kick off on June 13th and last till June 17th. Apple hasn’t yet revealed the major topics of the upcoming events, however, there are many rumors on the Internet that let us take a closer look at possible agenda. 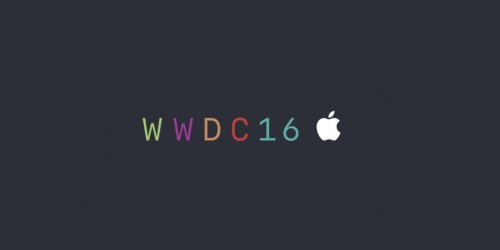 According to a reliable insider Mark Gurman, during the event the tech giant will announce some improvements to iOS and the Photos app. Apart from that, we may see the release of Siri SDK for developers and the very first example of virtual assistant integration into OS X. This is required to compete with Windows 10 on equal terms. Gurman also believes Apple is working on a major Apple Music redesign and that the company will show the updated version of its streaming music service at WWDC 2016. Finally, the expert doesn’t think we will see new MacBooks or other hardware products during the upcoming event.

We will be offering the coverage of the event and keep an eye on all the updates from Apple, so make sure you join us here or on Twitter.