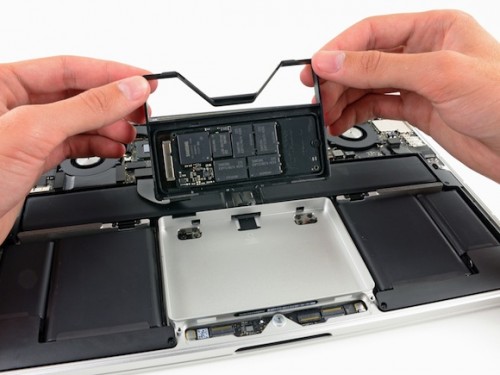 iFixit has already the new 13-inch Retina MacBook Pro, saying that there are several improvement in accessibility compared to the 15-inch model.

Another iFixit's criticism of the 15-inch RMB are the glued-in battery cells that are difficult to remove without damaging the cells. Two of the six battery cells in the 13-inch model are placed in a metal tray that has no adhesive, while the other four battery cells require about 15 minutes to remove them from the case.

The 13-inch MBP’s teardown yields few surprises relative to the 15-inch MBP, and due to similar challenges of proprietary screws, soldered RAM, glued-in battery and integrated display iFixit has awarded the 13-inch model 2 out of 10 repairability score, one point higher compared to the 15-inch model. 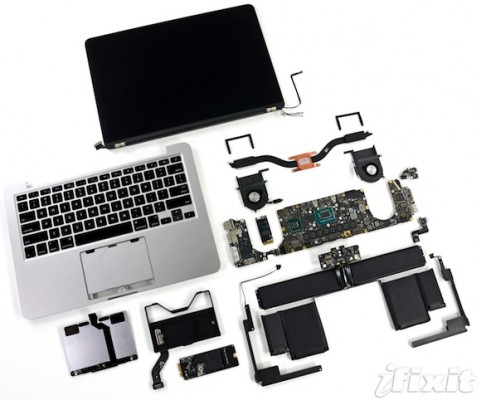