Several new images showing what appears to be a dual lens camera module and the 256GB flash storage for the upcoming iPhone 7 Plus have been recently spotted on the Chinese social network Weibo. It is currently unknown whether the leaked photos are legitimate, but if so, they may prove the rumors about a completely new iPhone featuring an improved photo sensor and larger flash storage to store images and videos shot on the new camera. 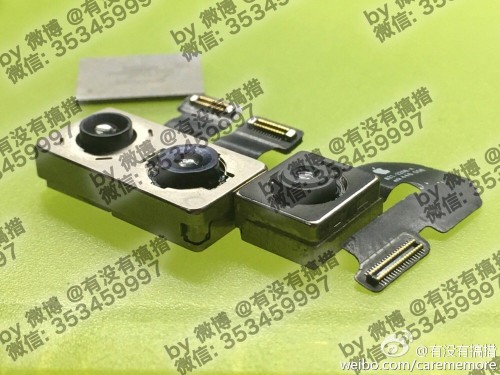 Here's what iClarified reporters write about the new alleged components:

The photos were spotted on Weibo by Steve Hemmerstoffer .

In the photos below we can see 16GB, 64GB, and 256GB modules suggesting that Apple would still keep 16GB of storage as its entry storage tier. 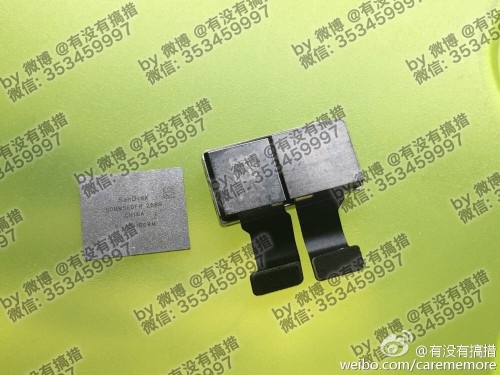 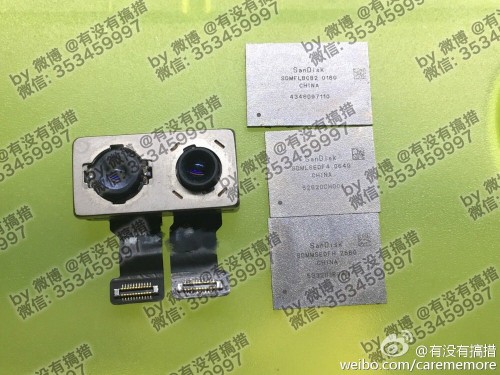