A new image, which shows us something very similar to the new iPhone 6 speaker assembly has recently appeared on the Internet. The image has been shared by a Far East parts supplier alongside some other images that depict other components for the long-anticipated handset. 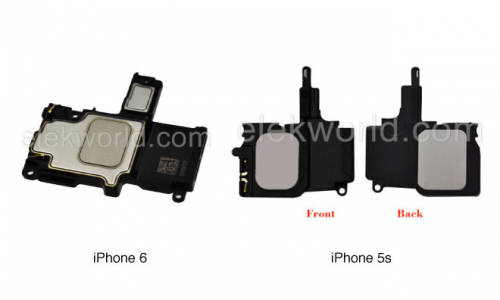 The leaked part looks very similar to the one found in the iPhone 5s, however, it has noticeable differences. Anyway, take a look at the photo below and tell me what you think.

The speaker is slightly redesigned from its predecessor in the iPhone 5s, though it is difficult to determine its relative size. Also seen for the first time is a vibration motor, as well as a European variant of the larger power adapter that appeared last weekend.

The guys from Cupertino are expected to release their next-generation iPhone 6 on September 9th. We still don't know, whether Apple will show us both 4.7-inch and 5.5-inch iPhones or only a larger smartphone. We'll see very soon, let's wait.