Another Leaked iPhone 6 Back Panel

A new photo showing iPhone 6 back panel has recently appeared on the Internet. According to what can be seen on the image, the back shell is made of metal. It resembles iPhone 5s panel, however, it is slightly bigger. 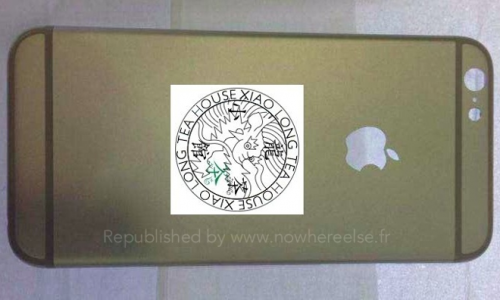 The pictured part claimed to be from Apple's next-generation iPhone was first highlighted on Sunday by Nowhereelse.fr. Like previous parts shown online, it appears to be an entirely metal back panel, eschewing the glass strips found at the top and bottom of the rear of the iPhone 5 and iPhone 5s, but still keeping separation lines near those points.

Apple is expected to release its next-gen handset this fall. It will feature a sapphire-covered display, an updated Touch ID fingerprint sensor and a bunch of other improvements. Apart from the iPhone itself, the guys from Cupertino plan to make iOS 8 and OS X Yosemite 10.10 available to all users worldwide in September or October. Let’s wait.