Apple is reportedly working on a new song identification system for iOS 8. The company plans to cooperate with Shazam in order to add a new feature to its native music player, Bloomberg reports. Why do we need such a feature in iOS? To be honest, I don't  know. 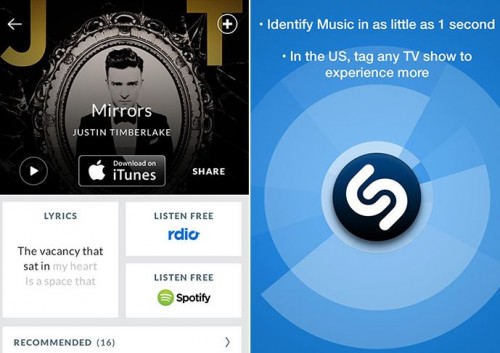 Anyway, according to MacRumors:

The company is planning to unveil a song-discovery feature in an update of its iOS mobile software that will let users identify a song and its artist using an iPhone or iPad, said two people with knowledge of the product, who asked not to be identified because the feature isn't public.

The ability to recognize music will become one of many other innovations brought to iOS 8. Apple is expected to unveil its next-gen iOS in the second half of 2014 alongside iPhone 6 release. Let's wait.