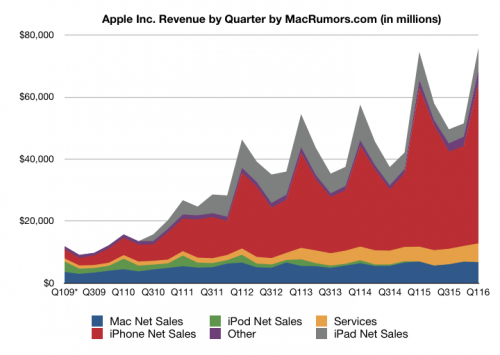 “Our team delivered Apple’s biggest quarter ever, thanks to the world’s most innovative products and all-time record sales of iPhone, Apple Watch and Apple TV,” said Tim Cook, Apple’s CEO.

During the conference call, Apple forecasted a drop in sales and revenue in the next quarter. According to the data shared by the company, the revenue will account for about $50 - $53 billion. That’s lower than the revenue generated during the year-ago quarter ($58 billion).