Apple Boosts Order Volumes for iPhone 7 Components Ahead of Launch

According to the latest report from reliable insiders, Apple has increased order volumes for production of the iPhone 7 and iPhone 7 Plus components ahead of the launch of the devices later this month. As noted by usually reliable DigiTimes reporters, Apple boosted order volumes by 10%. This means that the company still thinks that new handsets will be popular among the customers. The analysts, however, expect lower iPhone 7 shipments compared to those of the iPhone 6s last year. 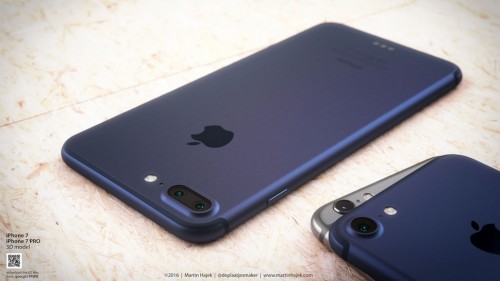 Apple reportedly has revised upward orders by 10% for parts and components needed for production of the new iPhone devices scheduled to be released on September 7, according to sources from the iPhone supply chain in Taiwan.

Apple will release the updated iPhone lineup at a media event on Wednesday. The devices will get much faster A10 processors, 2GB and 3GB of RAM (for the iPhone 7 and iPhone 7 Plus respectively), 32GB, 128GB, 256GB of internal storage, better cameras, and other hardware improvements.