10 years ago, on January 9th, 2007 Apple CEO Steve Jobs announced the iPhone. The device combined a widescreen iPod for multimedia, a device for communication on the Internet, and a phone in one powerful piece of tech. Yesterday, Apple released a press-release to mark the 10th anniversary of the iPhone lineup and commemorate Steve Jobs contribution to what many experts believe was a revolution in the tech world. 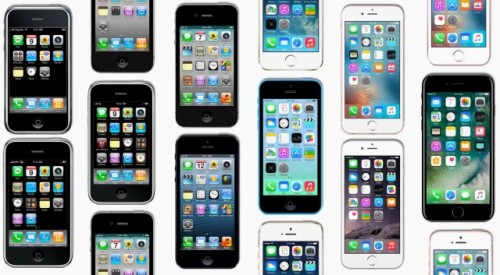 Jobs unveiled the iPhone at Macworld conference in San Francisco.

[...] In the ten years since, iPhone has enriched the lives of people around the world with over one billion units sold. It quickly grew into a revolutionary platform for hardware, software and services integration, and inspired new products, including iPad and Apple Watch, along with millions of apps that have become essential to people’s daily lives.

Apple is expected to release a completely new iPhone with AMOLED display later this year to mark the 10th anniversary of the device. Hopefully, this device will be as revolutionary as the first-generation iPhone.