According to the latest rumors from Chinese insiders, Apple is currently testing five different iPhone 7 prototypes. All of these prototypes have different hardware characteristics and design and it is currently unknown which one will become the next-generation iPhone. The report about several prototypes comes from GforGames, which is a rather reliable source of information. 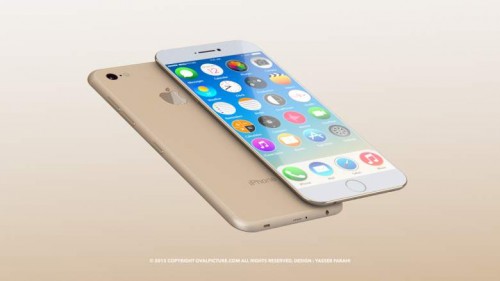 In particular, Chinese sources claim one of the devices features a USB Type-C connector compatible with a wide number of accessories. There are also devices supporting wireless charging and the next-gen Force Touch technology, dual camera and the Touch ID fingerprint sensor embedded directly in the display.

Apple's testing of various hardware versions for the upcoming iPhone is normal. We've seen leaked prototypes and even case production start on for design that was never released.

A number of reliable analysts believe that Apple may slightly change its usual product update cycle in 2016 and release the iPhone 7 in summer. There’s also a 4-inch handset in production, which is expected to become the updated iPhone 5s. This device may be unveiled in the first half of 2016 and feature A8X processor, better camera and some other hardware improvements.