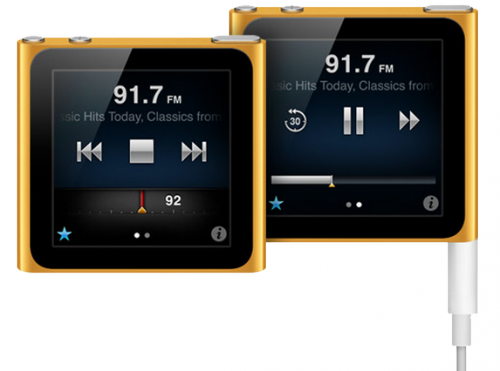 People familiar with Apple's plans said Apple is looking to create a streaming radio service to rival current offerings like Pandora, according to Wall Street Journal sources. The purported internet-based service will focus on virtual stations to play music on a web browser or dedicated apps. One source said Apple considered competing in the internet radio market in the past as a way to help users discover new music, but ultimately scrapped the plans due to high licensing costs.

Sources said the company is looking to hammer out deals which would allow users to skip songs and eliminate other common restrictions on internet radio services. If such a feature were to be implemented, the alleged service would have a leg up on rivals that charge users a subscription fee in return for unlimited skips.

Moreover, the company has recently turned its attention to the Genius recommendation system, which offers song suggestions based on customer purchases.

Apple currently offers FM radio on its iPod nano products, while other iDevices like the iPhone can run apps that provide "internet radio channels," or customized music streams based on user-defined preferences. For example, Pandora relies on a "thumbs up" and "thumbs down" method to calculate a user's tastes, referencing likes and dislikes with the so-called "Music Genome Project," a system of assigning songs attributes to give them a "musical identity."