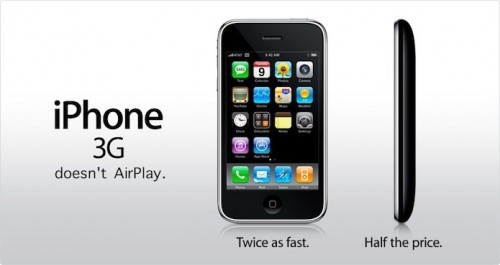 Multiple developers and users testing out the iOS 4.2 betas claim that the AirPlay functionality was definitely removed from Apple’s iPhone 3G. AirPlay is gone from the golden master version of iOS 4.2. In fact, the AirPlay did work on the iPhone 3G at the previous betas. There are no any reasonable causes why the AirPlay was cut from the GM version.  Perhaps, Apple is trying to get users to upgrade to their latest iPhone model or, on the other hand, it is just an issue in the GM seed. May be the AirPlay functionality will return in iOS 4.2 public release. Anyway, there will undoubtedly be a jailbreak that can re-enable it.